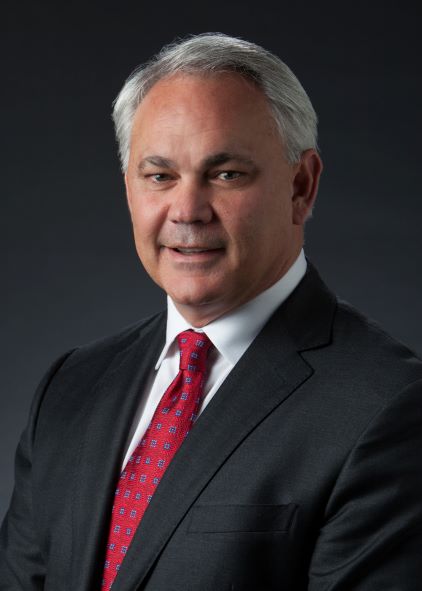 In October, BRF transitioned University Health System to its new owners. For the five years leading up to this transition, saving the North Louisiana safety net hospitals and putting them on even footing was a primary goal for BRF leadership and many of our employees.

This endeavor has been a primary focus for BRF, our local community and statewide media. For many reasons, concerns about the fate of the hospitals, their hundreds of thousands of patients and thousands of employees, were warranted.

It took all – supporters, employees, boards and advocates – to make University Health a success.

And before we close this chapter, it’s important to also note the economic development impact the two safety net hospitals in Shreveport and Monroe have had on our area and state and will continue to have because they are better secured for the future.

According to an economic impact study by Baton Rouge economist Dr. Loren Scott, former LSU chair of economics, the 21 parishes in the North Louisiana region saw the following impact between 2013-2016 as a result of new federal revenue sources not previously available to the State prior to privatization.

These new revenue sources were not available to the State and North Louisiana until BRF decided to take on private ownership and operation of the two safety net hospitals in 2013 when no one else would.

The impact of these new federal revenue sources was in addition to the two hospitals’ nearly $800 million annual economic impact prior to privatization.

All of this occurred while the BRF board and leadership realigned hospital operations to reflect modern best practices, renegotiated contracts and streamlined collections which resulted in increased revenue of $100 million annually, a revenue stream that we took legal steps to protect and was essential to the hospitals’ survival.

We believe these significant impacts will continue as a result of the new Ochsner-LSU Health partnership.

As an economic development organization, we are proud of these achievements.

With this transition now successfully completed, many are asking, “What will BRF do next?” My answer is, “What we’ve been doing all along – economic development.”

BRF’s six economic development initiatives, which you can read about in our 2018 Annual Report and in our upcoming January Quarterly Report, continued to make valuable contributions to our economy.

For example, the Entrepreneurial Accelerator Program (EAP) has facilitated more than $64 million in capital investment in high-growth startups headquartered in Shreveport/Caddo Parish. EAP recently announced a $1.2 million expansion as a result of a U.S. Economic Development Administration grant to provide its entrepreneurial services to entrepreneurs and startups in 20 additional parishes in North Louisiana.

The Center for Molecular Imaging and Therapy (CMIT) is undergoing a significant expansion to grow its research program and imaging and therapy services to better detect, manage and treat diseases that affect patients in our region and around the world. A groundbreaking is expected in the first quarter of 2019.

The Office for Research Development and Administration (ORDA) has rebranded and refocused its mission as Envision Research, with goals to expand clinical trials and its network of physician clinics to host them, bringing cutting edge medical treatments to patients here and building our local biomedical research economy.

You’ll soon hear announcements from the Digital Media Institute at InterTech (DMII) that include enhanced offerings. This year will also bring expanded summer camps from DMII supported by the Best Buy Foundation. Graduates of DMII are putting their unique knowledge economy skills to work in our community across a broad range of sectors.

K-12 education programs under EdVentures continue to invest in the region’s future life sciences professionals, and the InterTech Science Park, through life science tenants and new construction, is growing the Kings Highway Shreveport Medical Corridor to the benefit of the community.

We expect 2019 to be a year of growth and expansion for BRF as we pursue initiatives to diversify and grow our region’s economy. Thank you for your continued support.

Together, we are building our region’s future.