A letter to the people of Louisiana 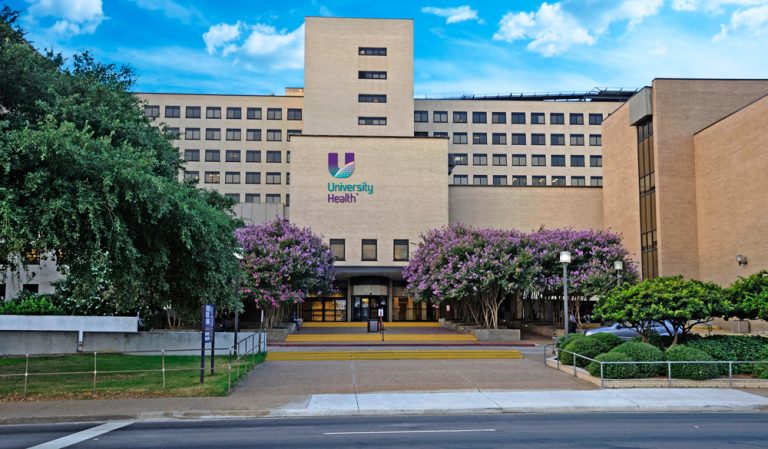 A letter to the people of Louisiana

As of Monday, October 1, Ochsner LSU Health System of North Louisiana takes over operations of the safety net hospitals in Shreveport and Monroe from BRF/University Health System. This outcome is the culmination of over three years of our deliberate efforts to bring this vision to reality.

There were many reasons that no one in the hospital business, or any other business, wanted to take this on. We were told that the two hospitals were experiencing operational losses, and no working capital was being given to the new privatized owners. The aging hospitals and the LSU School of Medicine in Shreveport were estimated to need $150 million in deferred maintenance expenses.

Five years to the day, the hospitals that we received from the State in 2013, with no working capital and regular operational losses, are being handed to the new partnership operating in the black, with a credit facility of $30 million and an increasing base of commercially insured patients. These commercially insured patients have been critical to the hospitals’ survival. We took legal steps to protect them. The employee pools in both Shreveport and Monroe, at risk five years ago, now are growing. Improvements totaling tens of millions of dollars have been placed into both hospitals, each of which has dramatically increased quality and patient satisfaction outcomes.

To achieve a financial turnaround, we have realigned hospital operations to reflect modern best practices, renegotiated contracts, and streamlined collections, which resulted in a revenue increase of $100 million annually. All of this allowed us to withstand State budget cuts, and without that additional revenue, the new Ochsner LSU Health System partnership would be instantly insolvent. While the State instituted cuts, we were able to provide over $900 million to the State in new revenue through federal matches and savings, more than any other privatized system in the state, according to the economic impact study of privatization by Dr. Loren Scott.

We expect this progress to continue thanks to an additional $43 million in a total budget of $294 million that has been dedicated to the new partnership between Ochsner and the LSU School of Medicine in Shreveport. This additional funding, made up of federal dollars and no additional State general funds, became available due to the combined Medicaid populations of Ochsner and University Health. The medical school’s current $93 million cash balance (6/30/18), which has increased by over $30 million since 2015, will continue to expand under the new partnership.

This presents North Louisiana’s greatest economic opportunity in decades to advance the academic medical center to its highest potential. All along I-20, patients, physicians and businesses in our region will benefit from the new competition which will improve choices and cost structures for us all.

We believe our academic medical center in Shreveport is the crown jewel of our city, and that the introduction of Ochsner represents a pivotal moment in our history where we may finally see the medical center attain its untapped potential to become the economic development engine our region needs.

While we are enormously proud of our accomplishments over the last five years, Ochsner offers our academic medical center and entire region a level of training, support and expertise that exceeds that which University Health could match.

That’s why, to better protect the long-term interests of the hospital and medical school, we approached Ochsner three-and-a-half years ago about bringing its expertise and financial strength to North Louisiana. We thank Governor John Bel Edwards for making it happen. We also thank Sen. John Milkovich and Reps. Cedric Glover and Barbara Norton for their willingness to go against the status quo to advocate for and protect University Health in Shreveport.

We are very grateful for members of our Northeast delegation, especially Sen. Francis Thompson and Reps. Katrina Jackson and Bubba Chaney, who protected our efforts to improve healthcare not only in Monroe, but also in Shreveport. Under the Northeast delegation’s unwavering support, improvements in the Monroe hospital have been nothing less than transformational. We are now constructing our second catheterization lab at that facility, which will allow advanced cardiac procedures, a development almost unimaginable five years ago.

It has been said a society can be measured on how it treats its most vulnerable citizens.

Each year, our facilities treat 500,000 patients who are mostly poor, who have found themselves at our doors having no other option at critically important moments of their lives. The great progress of the last five years was the direct result of University Health and LSU personnel, who together have instituted a new standard and level of care through new treatments and technology previously unavailable to patients in this market and made a safety net health system a real competitor in the marketplace, which benefits all patients in North Louisiana, but most importantly, the underserved.

May God bless them all as we transition to the new Ochsner and LSU partnership. May the progress of the last five years continue, and may we all embrace our precious academic medical center and help encourage it to achieve its highest potential in the decades to come.