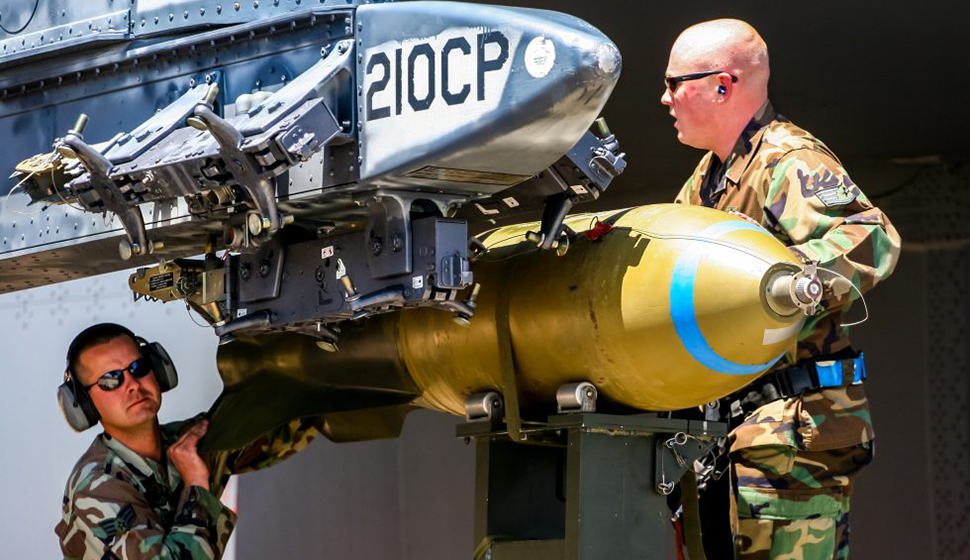 “Global Strike Command is an essential part of the United States’ national security strategy. Louisiana is proud to be its home. Continued investments ensure that the command has the capacity needed to keep our nation safe,” said Dr. Cassidy.

Cassidy requested the appropriation, with BRF’s support, to promote innovation and collaboration to improve capabilities at Air Force Global Strike Command. The appropriation will be used to support Air Force Global Strike Command’s efforts to conduct a variety of innovation activities leveraging local businesses, academia, and entrepreneurs in government to develop and prototype capabilities needed to ensure the long-range strike fleet is capable of meeting future Presidential and Combatant Commander needs.

The Air Force Global Strike Command is responsible for the nation’s three intercontinental ballistic missile wings, the Air Force’s entire bomber force, including the B-52, the Long-Range Strike Bomber Program, the Air Force Nuclear Command, Control and Communications (NC3) systems, and operational and maintenance support to organizations within the nuclear enterprise.

“The success of Barksdale Air Force Base is crucial for a positive economic future in Northwest Louisiana. BRF is pleased to back the mission of Global Strike Command and the men and women of the U.S. Air Force. As a hub of innovation and entrepreneurialism in our community, BRF looks forward to working with the Barksdale community through its strategic initiatives in economic development,” said Dr. John F. George, BRF President and CEO.

Barksdale Air Force Base is the largest employer in the Shreveport-Bossier City area, with more than 14,000 employees. Of those, 1,188 are civilian employees – an important portion of our local workforce that is engaged in supporting the goals of the U.S. Air Force. As an invaluable institution in our community, BAFB had an approximately $807.5 million economic impact on the Shreveport-Bossier City area in 2018.