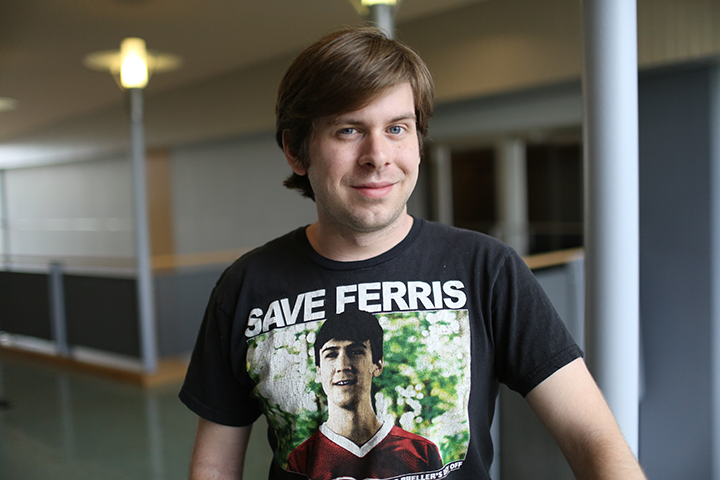 Current DMII Animation Visual Effects and Interactive content student Cameron Nichols, is part of the 2015 award winning team that created the short film Turbulence, which won the 2015 Best Overall Saxxy Award. The winning team including Nichols, will be flown to Seattle, WA to attend the awards next week and meet Valve’s filmmakers and tour their headquarters.

Nichols’ had a role in the Saxxy 2015 Award winning short providing voice acting for The Scout, a playable character in Team Fortress 2 Universe. “While there were plenty of original voice lines for all the characters in the film, The Scout required a more custom approach to the characters voice lines, and I stepped up to do it,” said Nichols.

Valve is the creator of Steam, the pioneering game platform that distributes and manages thousands of games directly to a community of more than 65 million players around the world.

About Cameron Nichols
Haughton, LA Native Cameron Nichols is a voice actor, animator, on and off comedian, and artist. This will be Nichols’ third win of the Saxxy Award, his first two being in 2014 in the Comedy and Action categories. He joined DMII’s Animation, Visual Effects & Interactive Content one-year program in January 2016.

About DMII
The Digital Media Institute at InterTech is focused in accelerated digital media education offering industry-grade digital media training in a world-class environment. DMII offers two intensive model certificate programs taught by industry experts. The Animation Visual Effects and Interactive Content Program and the Game Development program are both 12 months in length and unique in our region. This nonprofit initiative of the BRF is housed at InterTech 1 in Shreveport, LA.