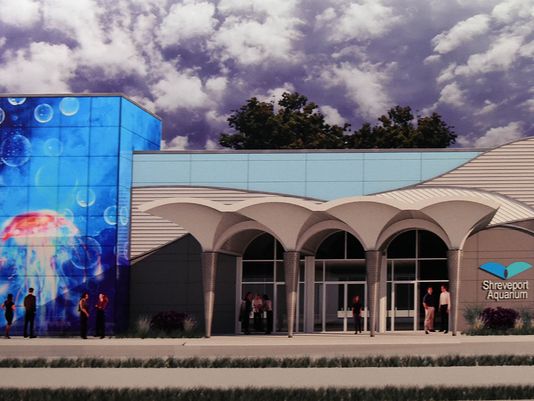 From The Shreveport Times:

A Shreveport landmark will soon have a new life as an aquarium. Mayor Ollie Tyler made the announcement Wednesday during an afternoon news conference.

The long vacant Barnwell Center on Shreveport’s downtown riverfront will become the location for the area’s first aquarium, with a projected opening date in the summer of 2017. The development is in line with the promises Tyler made to the city’s citizens to bring more family-friendly entertainment to downtown.

“We’re growing economically and attracting businesses that will enhance the quality of life for our citizens as well as our visitors,” Tyler said in a Wednesday afternoon news conference that outlined the project.

The Shreveport Aquarium will be in the Barnwell Center on Clyde Fant Parkway and will feature interactive displays. According to the website ShreveportAquarium.com, visitors will be able to touch sea stars, sea urchins, shrimp, sting rays, sharks, sea jellies and more – including a  touch tank where visitors can feel sting rays and sharks and learn how these animals adapt and survive in their environments. Guests will have opportunities to learn how they can make a difference in the sea world and ours.

Tyler said the city began working on the $4.3 million project 12 months ago. City staffers partnered with EAP — the Entrepreneurial Accelerator Program, a public-private partnership between the Biomedical Research Foundation, city and the Caddo Parish Commission — to bring the project to its starting point.

“To make this work, I think we touched every part of the city staff — it was a true team effort,” said Dave Smith, EAP’s executive director.

“It’s another example of our administration moving from vision to action,” Tyler said. The aquarium is expected to draw around 140,000 guests in its first year alone and to enhance the development of what Tyler calls one of Shreveport’s greatest assets, the riverfront…