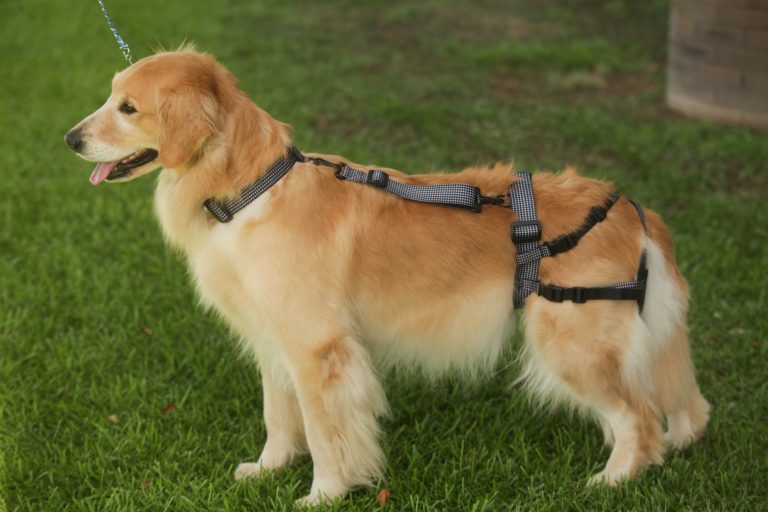 For many years, Blanch, whose company is headquartered in Shreveport, had observed certain common health issues among dogs who were spayed before they had matured.

“As a professional dog handler, I had noticed the large breeds I worked with that were spayed or neutered as juveniles started having issues with hip dysplasia, joint problems and incontinence prematurely,” Blanch said. “I developed the Pet Anti-Breeding System (PABS) as an alternative to spaying for pet parents who, for many reasons, wanted to wait until after the dog was able to reproduce and fully mature to have her spayed.”

Now, the AKC and scientific studies at UC Davis School of Veterinary Medicine have linked the same health issues Blanch observed to the practice of spaying or neutering dogs at the universally recommended age of six months rather than waiting until full maturity.

In April of this year, the AKC, taking into account studies from UC Davis, amended its spay and neuter position statements to say that, while the decision to perform the elective surgery should be made on an individual basis by the owner of the dog in conjunction with his or her veterinarian, for a healthier, longer lived dog, the surgery should only be performed after the dog has fully matured.

According to UC Davis distinguished professor emeritus Dr. Benjamin Hart, who conducted the studies, dogs typically begin maturing after the first year, depending on the breed. Spaying before maturity not only leads to various early stage cancers, but also increases instances of incontinence, according to the studies’ findings.

Blanch said the PABS system, a harness with a rear shield worn by female dogs, prevents unwanted litters between the time an animal is able to reproduce and when the UC Davis studies and AKC say it is safer to sterilize.

The UC Davis studies have shown in certain large breeds, such as German shepherds, spaying or neutering prior to six months of age can triple the risk of one or more joint disorders and contribute to incontinence.

Similar disorders were found in another UC Davis study to impact Labrador and Golden retrievers, which also were found to experience joint disease and certain cancers at significantly higher rates than non-sterilized dogs.

“If you are getting a larger dog, such as a Lab or German shepherd, it’s wise to wait until a year of age to have the spay or neuter done,” Hart said. “I know that’s a bit of a contrast from what we’ve been telling pet owners. We’ve started paying strong attention to this topic…It’s important to look at the details here rather than the prescript of getting all dogs spayed and neutered at six months.”

Blanch said he isn’t against spaying and neutering animals and believes controlling the unwanted pet population is a part of responsible ownership.

“We believe strongly in spaying and neutering, especially in the South where the unwanted pet population is so high, but we believe in doing it at the appropriate time,” Blanch said. “That’s where PABS can help.”

“It covers all the areas a pet parent would be concerned about and prevents any accidental breeding. It’s lightweight, durable and it has the eight-point buckle system made of durable nylon webbing and includes a mesh backing to keep her rear end covered at all times. Your dog can still relieve herself while wearing this system, run, play and just be a normal dog.”

Blanch said since launching his system in 2010 as a way to prevent unwanted litters, PABS has recently gained a reputation for addressing another of the problems noted in the studies – chronic incontinence. The washable sanitary pads, Sani-T Pads, that fit into a rear mesh pocket for protecting pet owners’ furniture and flooring from damage while their dog is in heat, also have become some pet owners’ solution for taking care of their incontinent dogs.

Blanch, a resident of Shreveport, has sold PABS and the incontinence pads to customers in more than 75 countries.

“I would not have gotten to where I am now, selling to customers across the globe, if it were not for the help I received from EAP here in Caddo Parish. The EAP team and their services helped me as a startup take this business to this point, where we stand ready to be the answer to a real issue facing pet parents. We expect this announcement from the AKC and Dr. Hart’s studies to shed more light on the PABS system,” Blanch said.

“Dexter’s product couldn’t be better positioned right now. These recent scientific studies and the AKC policy positions are very affirming,” said Dave Smith, EAP Executive Director. “We knew Highly Favored Creations had a novel product that would meet a need not yet fulfilled in the pet industry. The solution to this concern among pet owners worldwide is coming out of Caddo Parish.”

The EAP began operating in 2015 and has provided services to 75 companies, including Highly Favored Creations, and created 76 jobs. EAP portfolio companies are headquartered in Caddo Parish and have received a total of $40 million in capital investment and other funds from investors from North Louisiana and around the United States.

The Entrepreneurial Accelerator Program, an initiative of BRF, is a public/private partnership between BRF, the Caddo Parish Commission and the City of Shreveport to diversify the regional economy, create jobs and expand the area’s tax base by providing services to innovative startups that have high growth potential. EAP provides a suite of services to build sustainable and profitable companies in northwest Louisiana while stimulating economic development and enhancing the regional innovation entrepreneurial ecosystem.