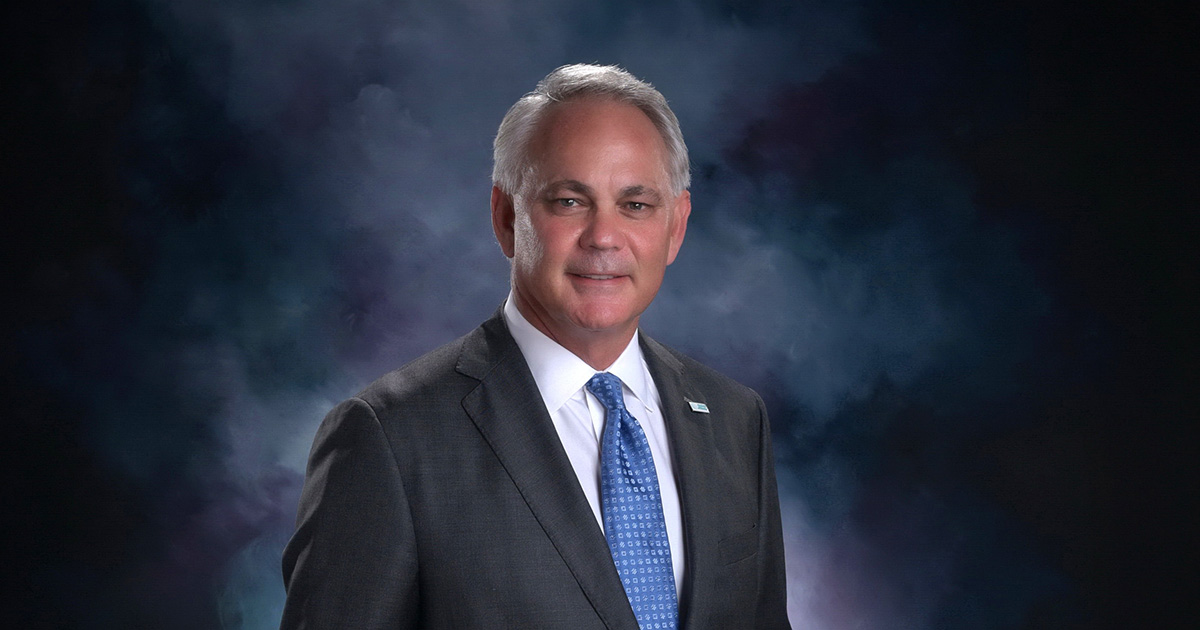 The work is already underway in North Louisiana

In late August, the new director of the Louisiana Cancer Research Center (LCRC), Dr. Joe W. Ramos, visited Northwest Louisiana as part of a statewide tour to help map out a vision for the center and its current consortium members.

LCRC in New Orleans is a public-private partnership among LSU Health New Orleans, Tulane School of Medicine, Ochsner Health System and Xavier University of Louisiana. The center’s purpose, defined in 2002 by the Louisiana Legislature, is to advance cancer research in Louisiana and achieve the National Cancer Institute (NCI) designation. Louisiana has sought this designation, the associated funding and prestige, and most importantly, the improved patient access and outcomes, for decades. Louisiana ranks in the top five states for cancer deaths according to LCRC and Dr. Ramos.

We were encouraged that in his first weeks at the post, Dr. Ramos made a whirlwind one-day trip to Shreveport during which he visited with leaders at Ochsner LSU Health, including LSU Health Shreveport and Feist-Weiller Cancer Center; Christus Shreveport-Bossier Health System; Overton Brooks VA Medical Center; Willis-Knighton Health System and BRF’s Center for Molecular Imaging and Therapy (CMIT).

The takeaways from the meaningful conversations among the area’s healthcare leaders and Dr. Ramos relate to the need for statewide collaborations for cancer research to build a network of assets, funding and researchers necessary for advancing the state of cancer research and care in Louisiana as well as LCRC’s NCI application.

A consortium is not currently the favored model among NCI-designated centers. According to NCI leadership, consortium members bring not only individual strengths but also their own, sometimes conflicting, objectives. Dr. Ramos believes this attitude can change.

LCRC has functioned as a consortium for 20 years, Dr. Ramos points out, amplifying the strengths of its member institutions and demonstrating the strength of collaboration. 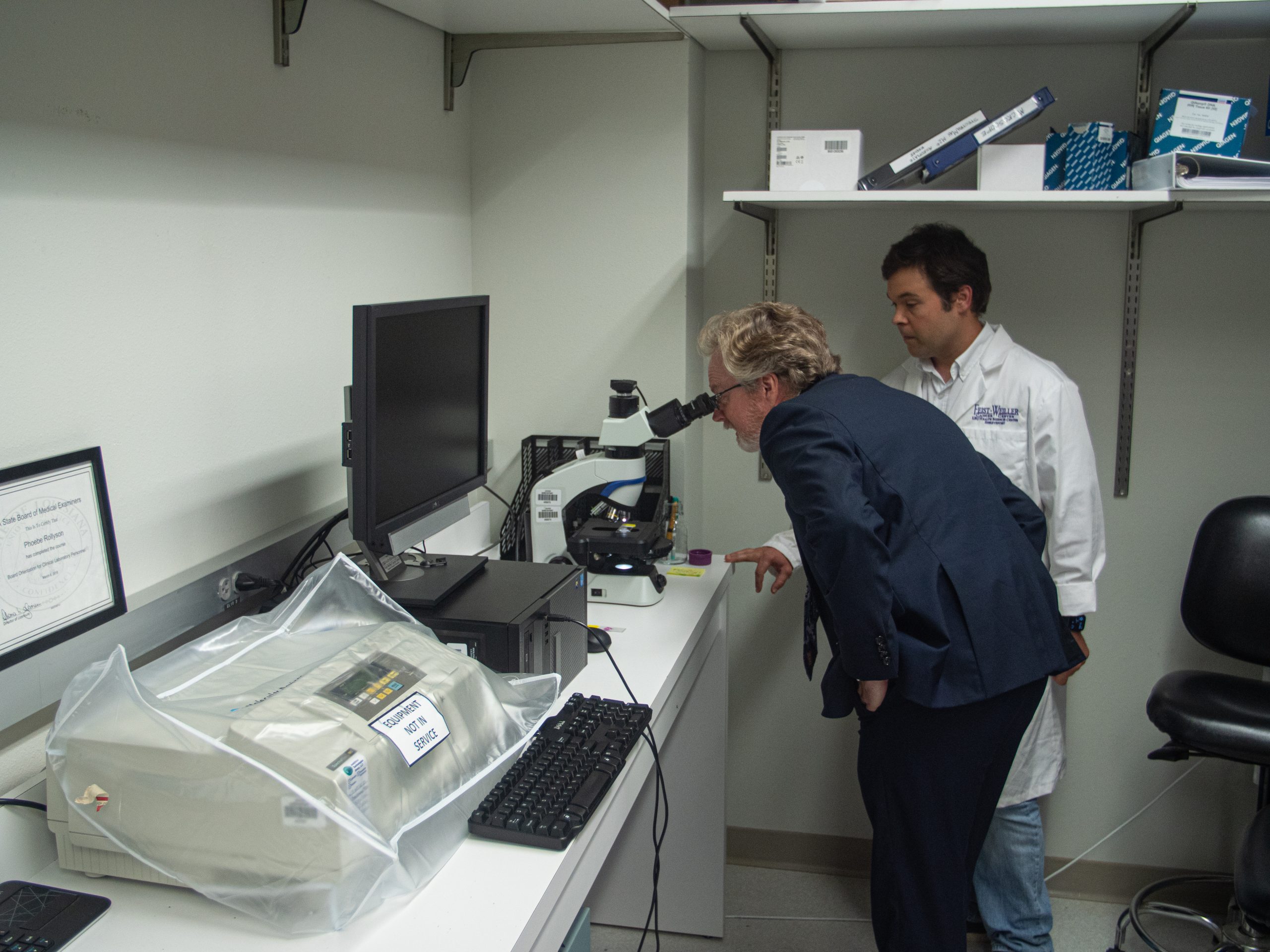 Dr. Ramos (left) is the new Director of the Louisiana Cancer Research Center in New Orleans.

It is this collaborative framework that drew Dr. Ramos to the LCRC from his former position at NCI-designated University of Hawaii at Manoa, where he held various leadership positions, including interim director. According to Dr. Ramos, achieving the NCI designation and improving cancer research and outcomes in Louisiana require statewide support with collaboration among researchers, caregivers and institutions across Louisiana.

“This requires an all-hands-on-deck approach, united, with a holistic and multifaceted approach. We have more than 25,000 new cases, more than 9,000 deaths a year, for a population of just 4.6 million. That puts Louisiana among the worst hit states in the nation,” he said. “That’s not just a number. That’s our family, our friends and maybe some of ourselves. So, this is an
urgent, urgent mission.”

With its health disparities and significant underserved populations, Louisiana is prime for public health outreach and initiatives for rural health. And, the work is already underway in North Louisiana.

Feist-Weiller Cancer Center, under the direction of Dr. Sarah Thayer, leads the Partners in Wellness mobile health program to bring cancer screenings to rural communities in North Louisiana – where cancer outcomes are poorer due in part to lack of access to screenings. Earlier screenings can greatly improve cancer outcomes.

The program serves 32 rural communities, with more than 50,000 tests performed since 1999. Feist-Weiller is expanding its fleet of mobile health centers with a $1 million unit that has on board updated digital mammography equipment and telemedicine capability. Additionally, Feist-Weiller reported more than 100 clinical trials and over $20 million in total annual cancer awards in the past year.

In North Louisiana, Ochsner LSU Health is leading the Healthy State initiative, a statewide strategy by Ochsner Health to improve the overall health of Louisiana and raise the state’s health ranking to 40th in the nation by 2030. This comprehensive approach includes increasing the number of cancer screenings and improving cancer outcomes across the region.

Other Northwest Louisiana organizations such as VA Overton Brooks, Willis-Knighton, Christus and BRF’s CMIT provided Dr. Ramos with overviews of cancer incidences, outreach efforts and novel detection and therapies being developed in our region to lessen the burden of cancer on local communities and beyond.

North Louisiana has the patient population, researchers, research assets and facilities as well as the desire to contribute to the state’s NCI application. As Dr. Ramos said, the work to improve cancer outcomes in Louisiana should and will be accomplished regardless of an NCI designation, which is likely several years into the future.

If united by a new collaborative approach and vision for addressing this ongoing crisis in Louisiana, we can at least expect to see impact by way of more access, more effective detection and therapies and overall better outcomes for those with cancer in our state. 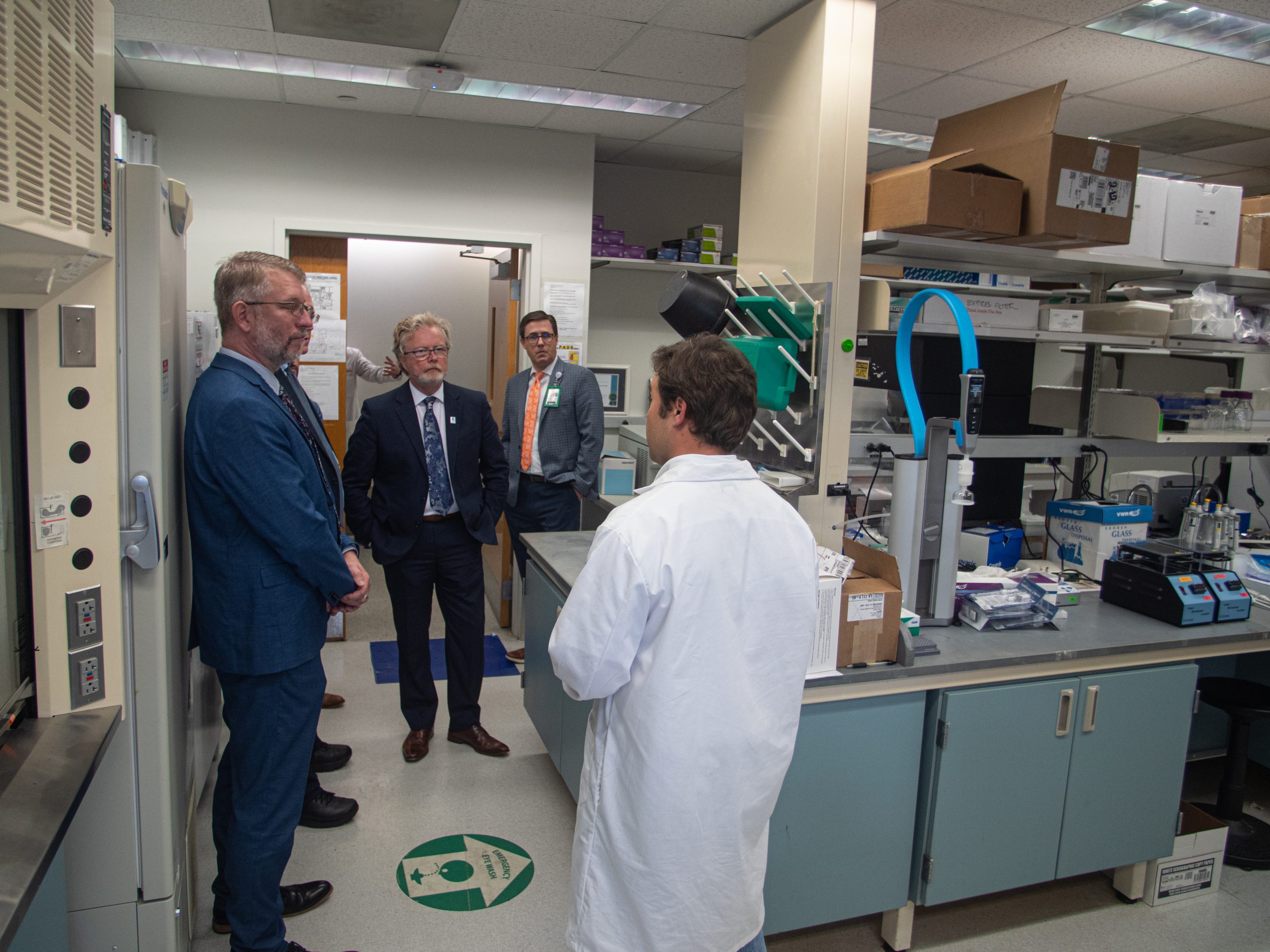 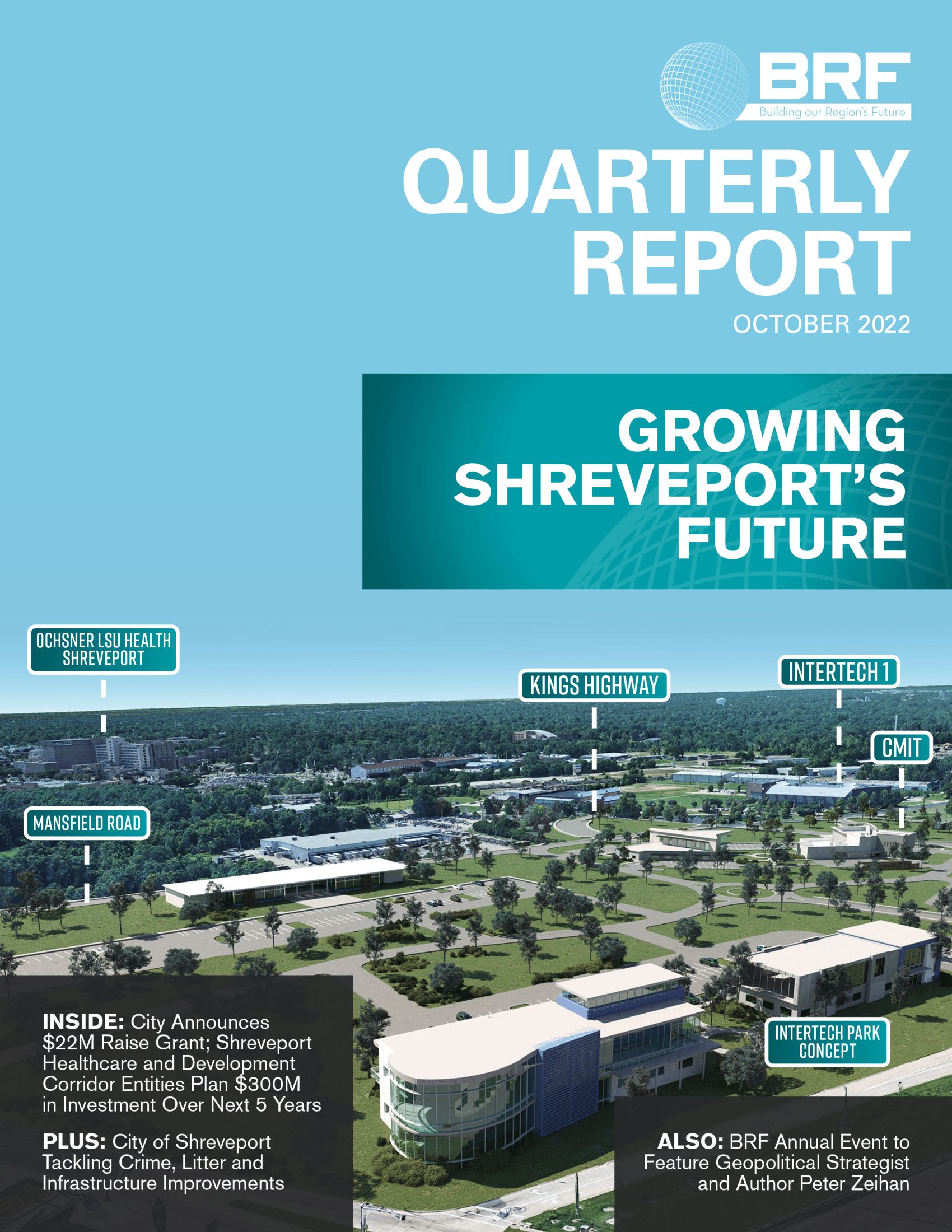 Click to Read More
We use cookies on our website to give you the most relevant experience by remembering your preferences and repeat visits. By clicking “Accept All”, you consent to the use of ALL the cookies. However, you may visit "Cookie Settings" to provide a controlled consent.
Cookie SettingsAccept All
Manage consent